We are a business law firm with approximately 100 professionals, based in Oslo.

We cover the full spectrum of business law.

We believe that legal advice primarily has value if it can be applied in a business context.

Our partners share the firm’s profits equally – each case we take on is performed by the best qualified lawyer.

We participate in international law firm networks on a non-exclusive basis. 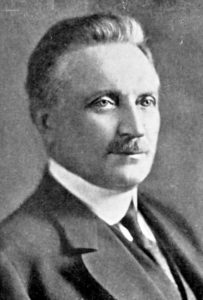 We were here yesterday, we are here today and we will be here tomorrow – for our clients

The law firm currently known as Grette was established in 1887 by Attorney Johan Bredal. Few Norwegian lawyers have had a more distinctive and lasting impact on the Norwegian legal profession.

Johan Bredal set up his legal practice in Sandefjord in 1887. In 1894, he moved the firm to Oslo. The firm had a number of well-known lawyers on its payroll already in its first few decades, such as Herman Christiansen, Sigurd Fougner, Ferdinand Schjelderup, Annæus Schjødt, Einar Grette and Oscar Smith.

Attorneys Schjelderup and Fougner were appointed justices of the Supreme Court and Attorney Schjødt started his own firm in 1936, after 16 years with Attorney Bredal. After World War II, he was entrusted with the challenging, but important, role of public prosecutor in the Quisling case, which he executed in a professional and confident manner.

The Grette name was added to the firm in 1919, when Bredal, Christiansen and Fougner hired Einar Grette, after he had served as a deputy judge with the Eiker, Modum and Sigdal District Court. His high standing in legal circles resulted in him becoming chairman of the Norwegian Bar Association from 1951.

Gunnar Grette became a partner of the firm in 1966, following the death of his father. Before then, he had worked in the Ministry of Justice and as a deputy judge. He was admitted to the Supreme Court in 1970, and held a large number of directorships of Norwegian businesses over his career.

These names testify to the skill behind the hiring practices of Johan Bredal. Many of them became justices of the Supreme Court, and some made it to chief justice, whilst others served as ministers in the Government of Norway. Others again played key roles in the further development of the firm. A joint characteristic of both partners and other employees was a dedication to excellence in their work, as well as a moral standing that made it attractive to lend them an ear.

The farewell speech of Chief Justice Paal Berg in the early 1960s is illustrative of Attorney Bredal’s legal footprint: “I have seen and heard a number of excellent lawyers at the bar of the Supreme Court over these 33 years. I might mention any number of outstanding names, but there is one in particular, Johan Bredal, to whom I must call attention today. His presentation of his cases seems to me the very embodiment of how litigation should be approached.”

Attorney Bredal also made major contributions outside the courtroom. Attorney General Valentin Voss stated the following in relation to Attorney Bredal in the Norwegian Biographical Encyclopaedia (Volume 2, 1925): “Attorney Bredal exercised considerable influence through his various newspaper missives. These are the ruminations of an imposing, mature and patriotic man. He sticks to his topic, never an unkind word, never a hint of mendaciousness; he knows what he is talking about and presents his message so logically and convincingly that his readers are easily swept along.”

There can hardly be any doubt that these prominent lawyers laid robust foundations for the current law firm of Grette. Oscar Smith, who was with the firm from 1921, concluded his 1987 historical account of the firm’s first 100 years as follows: “Time flies relentlessly, and generation upon generation succeed each other. It is my hope that the spirit with which its founder imbued the firm will always reign within its walls.”

The strong position and robust growth of the firm suggest that the values of its founder Johan Bredal remain intact.

The firm has grown significantly in recent years. The reasons for this growth include active recruitment of new personnel in strategic focal areas. The firm has undergone a strategic and generational transition in the last few years. A flatter profile has been developed, sharper industry focus has been established, enhanced interdisciplinary cooperation has been put into practice, and a true partnership has been introduced. This modernisation is also reflected in our gender statistics, with a 50/50 ratio between women and men.

Our objective is to be an outstanding law firm, serving both businesses and the public sector to the very highest standards. Our service offering is informed by a long-term, relational and knowledge-based approach. We deliver confidence-inspiring client experiences premised on communication, cooperation, responsiveness, adaptability and organisation. We consider the firm to be a function of the needs of our clients.