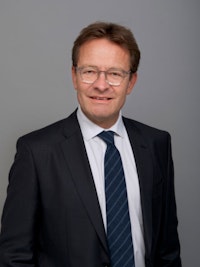 Christopher Hansteen is a specialist in employment law and pension, dispute resolution and litigation, and was admitted to the Supreme Court in 2011. His background is in public administration, the Courts, and as legal adviser in the largest labour union in Norway, before joining Grette as Partner in 2014. He is a seasoned litigator, having argued cases in the Courts of Justice, the Labour court and the EFTA Court. He has also assisted in cases for the European Court of Human Rights.

Christopher holds extensive experience in all aspects of employment law and assists employees in all roles, as well as employers of all sizes. His insight into different sectors and employment situations is unparalleled, and he is particularly familiar with the interface between the labour market and politics. He regularly advises employers and employees in large reorganisation processes, and is currently advising several public organisation in relation to a reform of the national political and administrative structure, which directly affects employees in different levels of government.

Christopher is a trusted and committed lawyer and adviser, a popular speaker, and has authored several publications on topics within his specialist field. He is also involved in a number of organisations that seeks to promote basic human rights, equality, and employment rights.

Christopher is ranked in Chambers and Legal 500.